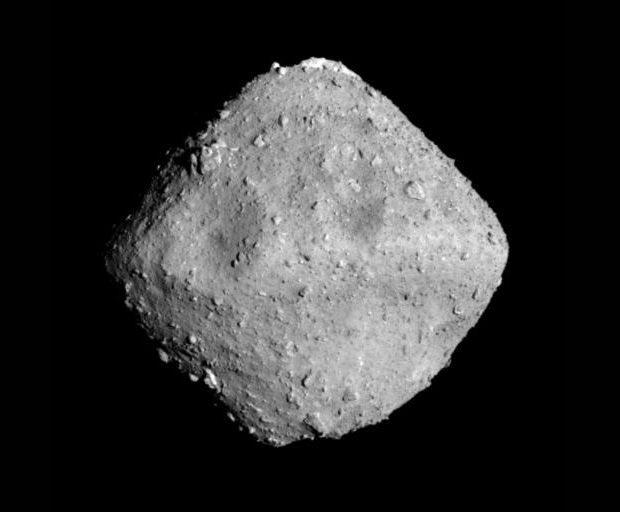 Asteroid 162173 Ryugu is a diamond-shaped space rock visited by the Japanese spacecraft Hayabusa2, which took a sample from the asteroid’s surface to return to Earth. This material will help scientists better understand the origins of the solar system and, possibly, life on our planet.

Ryugu was discovered in 1999 by the Lincoln Near-Earth Asteroid Research (LINEAR) project, a collaborative, U.S.-based project to catalogue and track space rocks. The Japanese space agency, JAXA, estimates the asteroid to be about 2,952 feet (900 meters) in diameter (other scientists have calculated the asteroid to be slightly smaller). Ryugu is orbiting the sun between Earth and Mars and occasionally crosses Earth’s orbit, which means the space rock is classified as “potentially hazardous,” though the body poses no imminent danger to our world. As it soars through space, the asteroid spins around like a top, rotating every 7.6 hours, according to JAXA.

The asteroid’s name means “dragon palace” in Japanese and refers to a magical underwater castle in a Japanese folktale. In the story, a fisherman visits the palace and returns with a mysterious box, much like the mysterious samples Hayabusa2 will be bringing back to Earth. The small asteroid’s features, such as its craters and rocks, are all named for fairytales from around the world.

What scientists know about Ryugu so far

Researchers can gain insight into our solar system‘s genesis by studying asteroids like Ryugu, as these space rocks are essentially large chunks of debris leftover from the solar system’s formation. Ryugu is classified as a carbonaceous, or C-type asteroid, which means it contains a lot of carbon and water. Previous research suggests C-type asteroids are relics of the early solar system that hold primordial material from the nebula that gave birth to the sun and its planets.

Planetary scientists believe Ryugu broke off from a larger body sometime long, long ago. The pulverized material then came together under the influence of gravity to form what is sometimes called a “rubble pile.” The rocks on Ryugu are surprisingly porous, indicating that C-type asteroids might have formed from fluffy dust or pebbles that were whizzing around in the early solar system.

Related: Rocky asteroid Ryugu got its rubble from a porous parent, study finds

Though Ryugu’s individual rocks are likely 4.6 billion years old or more, exactly when those rocks came together to form the asteroid is still unknown. Some data points to the asteroid’s surface being about 8.9 million years old, while other information indicates that it might be up to about 158 million years old. Once the samples collected by Hayabusa2 arrive in terrestrial laboratories, scientists will be able to date them with greater accuracy.

Ryugu is one the darkest celestial bodies in the solar system. It is also surprisingly dry, which is an odd finding considering that its parent body should have been rich in water ice. This suggests that the space rock might have flown much closer to the sun at some point in the past, heating up its surface and drying it out.

It’s possible that Ryugu shares the same parent body as another well-studied asteroid, 1010955 Bennu that has been visited by the NASA mission OSIRIS-REx. Both space bodies are likely rich in organic molecules — the carbon-containing building blocks of living creatures. Members of both missions intend to share their samples once they are on Earth to learn more about the similarities and differences between the two asteroids.

JAXA selected the Hayabusa2 mission for funding in 2006, and the spacecraft was launched in December 2014. The probe arrived at Ryugu in the summer of 2018 and spent 16 months orbiting the asteroid.

In addition to photographing and analyzing the asteroid with its instruments, Hayabusa2 conducted many activities during its time around Ryugu. For instance, the spacecraft shot a small copper cannonball into the space rock’s surface, creating a crater that scientists could use to study its composition and makeup.

The spacecraft also dropped two small hopping robots, the first mobile rovers to land on an asteroid, called MINERVA-II1A and MINERVA-II1B. The robots survived their fall and studied the body for months. It also dropped another hopper called MASCOT, built by the German aerospace company DLR. MASCOT had a shorter lifetime, lasting a mere 17 hours on Ryugu’s surface before its battery ran out. A third Japanese hopper, called MINERVA-II2, failed before deployment.

Hayabusa2 touched Ryugu’s surface several times as practice for its sample retrieval, then finally snagged its precious quarry in February 2019. After studying the asteroid for a while longer from orbit, Hayabusa2 began its return trip in November 2019. Its samples are expected to land on Earth in December 2020.

Twilight Imperium, an epic battle through the universe, is 25% off for Black Friday

Twilight Imperium, an epic battle through the universe, is 25% off for Black Friday

The Mysterious Green Streaks Below STEVE 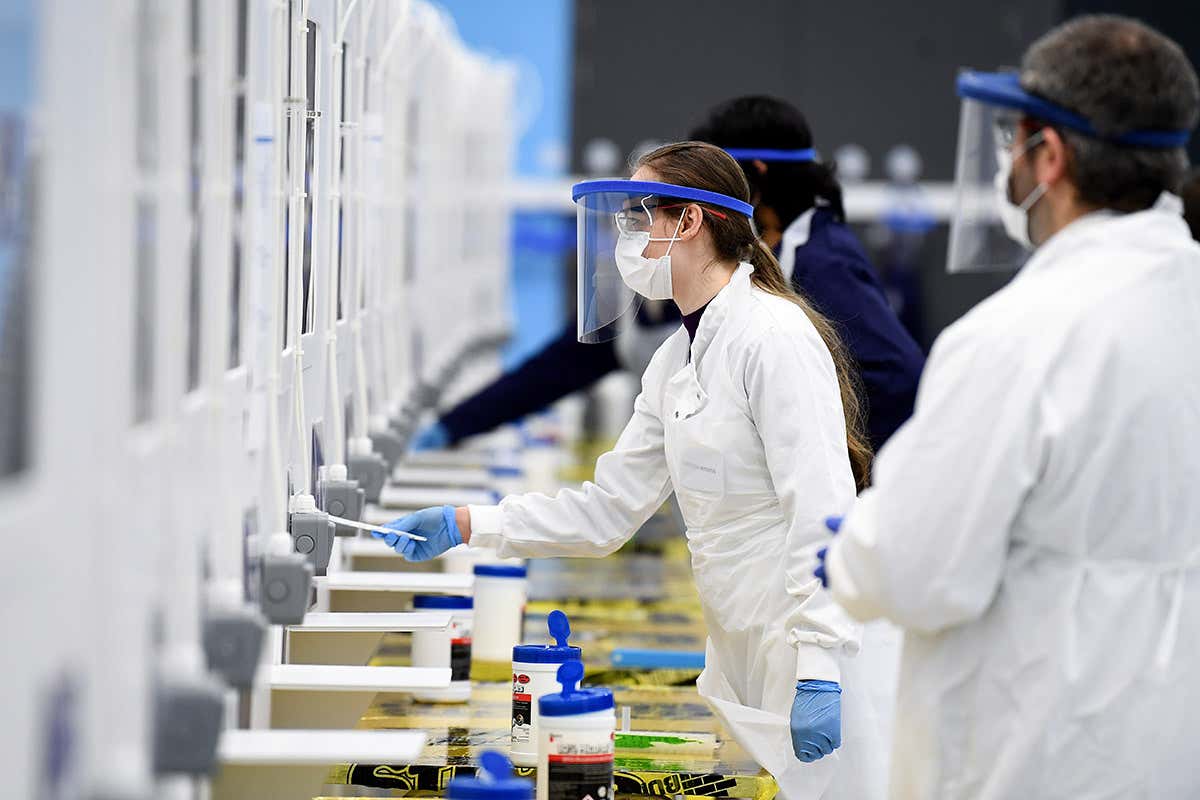 Covid-19 news: UK R number below 1.0 for the first time since August